ANIMAL CONTROL vs ANIMAL WELFARE
WHAT IS THE DIFFERENCE?
(scroll down for Filipino version) 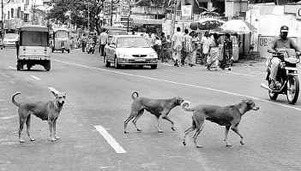 AP photo by K.R. Deepak
PAWS often receives reports from concerned citizens of the numerous stray dogs and cats running around in their neighborhood, or of the problems they have with the waste (poo/pee) of their neighbors' pets.

ANIMAL CONTROL - includes strays, abandoned pets, owned pets allowed to roam freely by their owners in the streets and public areas, problems and complaints about pet waste (pee/poo) and bad odors of pets.

Strays are often regarded as a random occurrence  but many do not realize that the existence of strays is merely the symptom of a larger problem. The symptom/root of the problem is 1) IRRESPONSIBLE PET OWNERSHIP; 2) NOT SPAYING and NOT NEUTERING PETS.  Irresponsible pet ownership includes allowing one's pet to leave the home and roam around freely in the streets and public areas.

Most well-meaning people tend to address the symptom by being reactive: by rescuing or asking strays to be rescued, attempting to put these strays in a shelter or put up a shelter, calling for adopters for pound dogs.  As noble as the intentions are, rescuing and sheltering are short-term remedies but these do not address the root cause so it will always be a recurrent problem.

While PAWS runs a limited-admission shelter (PAWS Animal Rehab Center- PARC), PAWS does not seek to address the stray problem solely through its shelter. PAWS exerts efforts in addressing the root of the problem by taking preventive measures. HOW? Through EDUCATION and AWARENESS. Through our humane education/responsible pet ownership campaigns and seminars and promoting and conducting SPAY/NEUTER programs. Animal Welfare takes preventive steps to curb the problem of strays. Incidentally, many are under the mistaken impression that PAWS is the organization to call on for strays or unwanted pets. To clarify, we do not accept pets for relinquishments (accepting pet surrenders is essentially condoning pet abandonment and irresponsible ownership) while for reports of strays in need of assistance - we offer medical assistance at our clinic as long as the reporters/good Samaritans offer to foster or find fosterers for the animals they report. PARC is actually a limited-admission shelter primarily for animals rescued from neglect and cruelty that are subjects of criminal charges filed against offenders through the help of witness affidavits.

For those with reports about strays within the subdivision or barangay, what PAWS can offer -and that is if you are willing to propose to and coordinate with the head of your homeowners association is :
*** Stray dogs cannot be TNR because dogs are not allowed to be straying in the streets and public areas under RA9482 The Anti Rabies Act. 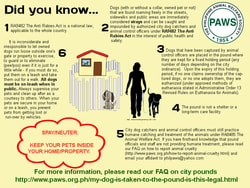 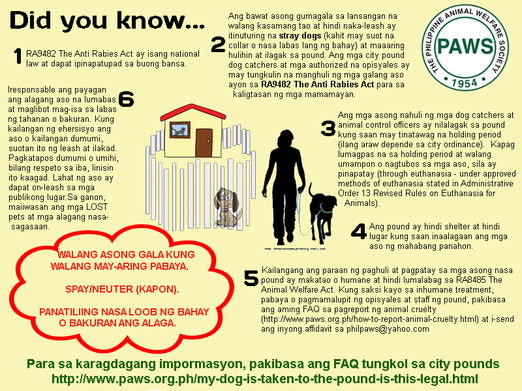